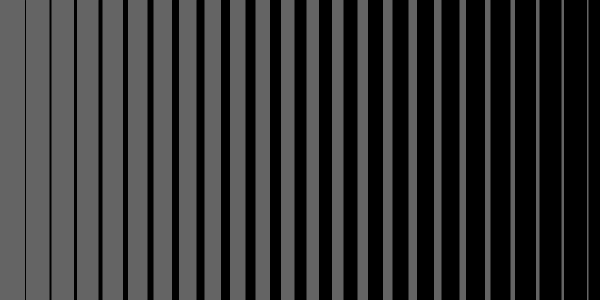 Now you know how to write code using functions, variables, and if statements. So far your code has worked by executing each line one after the other: if you want to draw three circles, you’d have to write three separate calls to the circle function.

This tutorial introduces for loops, which allow you to repeat work without repeating code.

Let’s start with an example sketch: 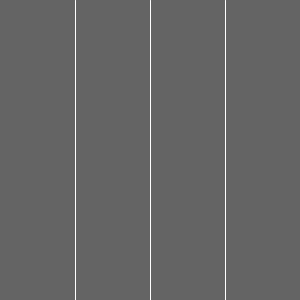 As you read this code, try to recognize the pattern in the three lines: the x position of the first line starts at 75, then increases by 75 for the second line, and stops at 225 for the third line.

When you have a pattern like this (start at a number, increase by a number, stop at a number), you can use for loops to follow that pattern to repeat code.

To write a for loop, first type the for keyword, and then in parentheses () provide three things:

Then inside curly brackets {}, write the code that uses your variable to follow the pattern. Putting it all together, it looks like this:

This is new syntax, so let’s go over it piece by piece:

At the end of each iteration (when the code reaches the closing curly bracket }), a couple things happen:

This might seem like a lot to take in, but you can think about it as a few steps:

The Benefit of For Loops

Three lines might not seem very interesting, but for loops make it easier to make more complicated patterns. For example, what if you wanted to draw nine lines instead of three lines?

You could write code that draws each line manually:

This works, but it’s pretty annoying to work with code like this.

Read the code and try to notice the pattern: the first line has an x value of 30, which increases by 30 each step, and ends at 270. Since you have a pattern, that means you can use a for loop to do this in a more manageable way:

This code uses a for loop to create a pattern where lineX starts at 30, increases by 30 each iteration, and stops when lineX is greater than 270. During each step of the pattern, the code draws a vertical line using the lineX variable. 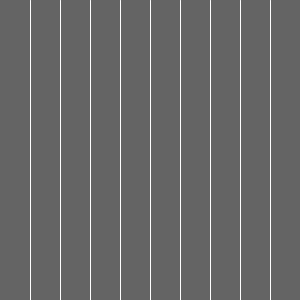 Here’s the payoff: what if you wanted to draw 99 lines? You can use a for loop to draw the pattern for you instead of writing 99 lines of code: 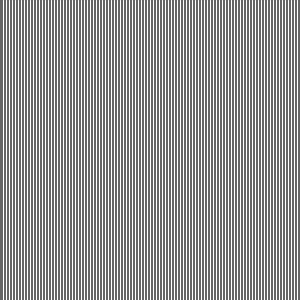 To understand the power of for loops, imagine writing this sketch without them!

You can put any code inside a for loop- including another for loop!

For example, let’s start with a program that draws a row of circles: 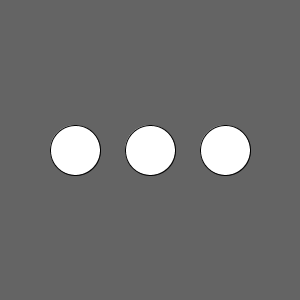 You can think of this for loop as a single unit that draws a row of circles. What if you wanted to draw three rows of circles?

You could use three separate for loops, one for each row: 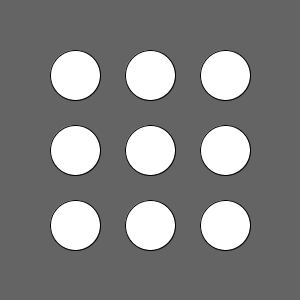 This code works, but it’s going to be annoying if you want to add another circle to each row, or change the diameter of the circles: you’d have to change the code in three different places.

Looking at the vertical position of each row, you might notice a pattern: it starts at 75, increases by 75 each step, and ends at 225. This sounds like a job for another for loop!

Moving your inner for loop into a function can help you think of it as a single unit, and can make your code easier to read.

The above examples used loop variables that were then used directly in the body of the for loop, like lineX and circleX.

Another common approach you’ll see is to use index loop variables (often named i or j) that represent how many times the loop should iterate.

Here’s the line example from above, using an index loop variable:

This code still does the same thing, but it’s more obvious how many lines will be drawn by reading the for loop. The pattern is created by basing the lineX variable off the i variable, and increasing the i variable by 1 each iteration of the loop.

This approach also makes it easier to apply multiple effects to your pattern. For example, this code increases the thickness of the lines as they get closer to the right side of the window: 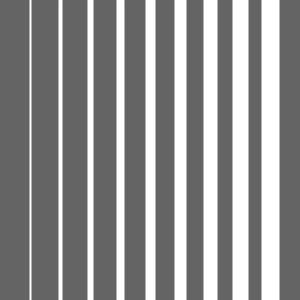 Whether you use an index variable or not is up to you and what seems easier to read. You’ll see both approaches in other people’s code.

A for loop lets you repeat a pattern without writing the same line of code over and over again. You should use a for loop when you have code that uses a pattern that starts at a number, increases by a number, and stops at a number.

A for loop inside of another for loop is called a nested for loop. These are useful when your pattern involves more than one number or if you’re working with grids.

You can use an index variable to base your for loop on which step of the pattern you’re on, which makes it easier to apply multiple effects at once. 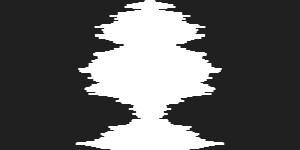 Use a for loop to create a silhouette of lines. 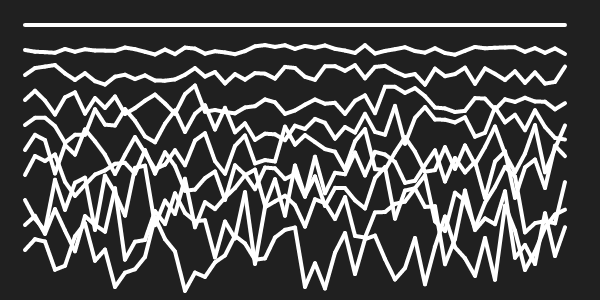 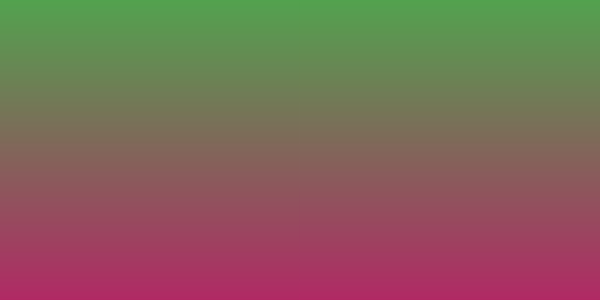 Draw a gradient from one color to another. 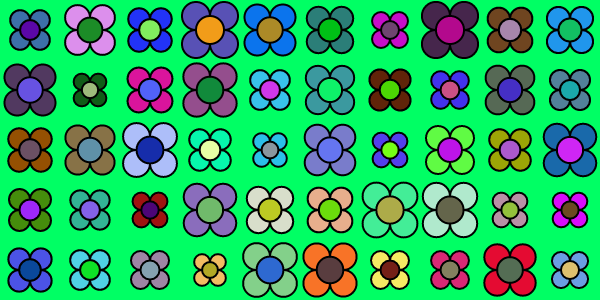 Draw a grid of random flowers. 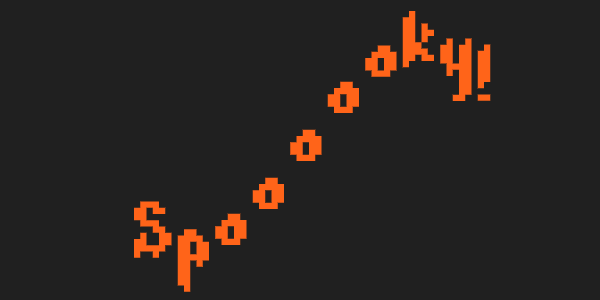 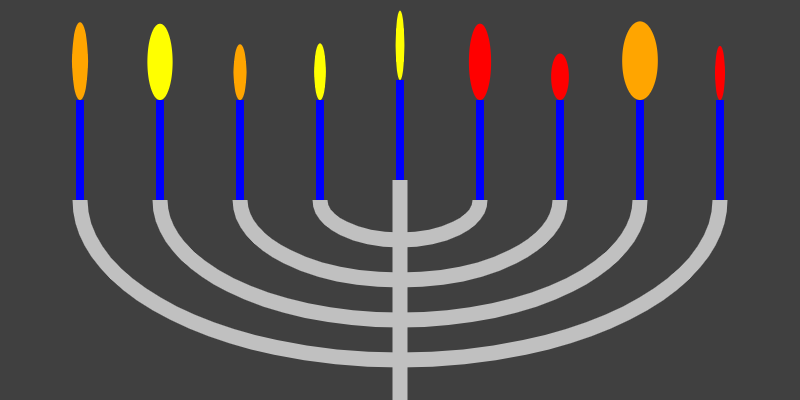 Code your own virtual menorah! 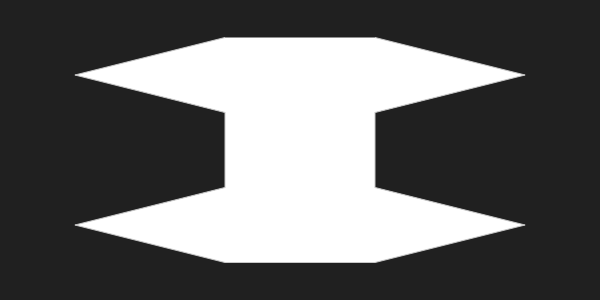 Make a rocket from the whitespace in your code.