Predefined classes like p5.Vector are useful, but you’ll likely encounter situations where you need a set of fields that are not captured by any existing classes. For example, p5.Vector gives you x and y fields, but what if you also wanted your object to contain r, g, and b fields so each instance had its own color?

This tutorial teaches you how to define your own classes, which lets you group together any set of fields you can think of.

The first step in creating your own class is identifying what state you want to capture to describe objects. Let’s start with an example that doesn’t use any classes or objects:

This sketch uses four variables to store the state of a circle that bounces around the window.

Now, let’s say you wanted to show 10 circles bouncing around the screen. You could create four arrays: xArray, yArray, xSpeedArray, and ySpeedArray. But working with four different parallel arrays is confusing, so you might look for a class that contains those four variables. The p5.Vector class is pretty close, but it only contains x, y, and z fields.

Instead of using a predefined class like p5.Vector, you can define your own class.

To define a class, use the class keyword, then give your class a name. Then inside curly brackets {}, write the body of the class. The body consists of a constructor and any functions you want inside the class. Let’s start with the constructor.

A constructor looks a lot like a function, except it has a special name: constructor. Most constructors take values as parameters and use those to set class-level variables to store the state of the object.

Now that you’ve defined a Circle class, you can use it just like you used the p5.Vector class.

You can create a variable at the top of your sketch:

Then inside the setup() function, you can use the new keyword to create a new instance of Circle:

In the draw() function, you can use the dot operator to access the fields inside the myCircle variable:

This code defines a Circle class that contains x, y, xSpeed, and ySpeed fields, and then creates an instance of that class to represent a circle bouncing around the screen.

You might be wondering what’s going on with the code inside the Circle constructor. What does this mean?

This line of code says “set this instance’s x variable to the value of the local variable named x“.

If it helps you follow the code, you can give the constructor parameters different names than the class-level variables:

But the pattern of using the same name for class variables and constructor arguments is very common, so you’ll likely encounter it in code written by other people.

So far you’ve learned how to define a class that includes a set of fields, and a constructor that sets those fields.

Remember that classes can also contain functions, like the add() function of the p5.Vector class. These functions often do something based on the values of the instance’s fields.

To define a function inside your class, give it a name, and then list any arguments in () parentheses. Then in {} curly brackets, write the code that should run when that function is called. Note that you don’t need to use the function keyword for class functions!

The move() function uses the class variables to handle moving and bouncing the circle, and the display() function draws the circle.

This means your sketch-level draw() function can be simplified, since all of the logic has been moved inside the Circle class:

Now instead of containing a bunch of code that moves, bounces, and draws the circle, the draw() function tells the circle to move and draw itself.

When you create a class, you should try to include everything about an object inside that class. In other words, a class should be self-contained, so that the code that uses that class doesn’t need to worry about the details.

For example, the Circle class includes everything needed to move, bounce, and display a circle, which means the draw() function can tell the circle to do its thing instead of containing a bunch of circle-bouncing logic.

This process of including everything about an object inside a class is called encapsulation. The Circle class encapsulates the concept of a bouncing circle, so the draw() function can tell the circle to move, bounce, and draw itself, instead of doing all of that work directly.

Let’s get back to the goal of showing 10 circles bouncing around the screen.

Now that you’ve encapsulated the concept of a bouncing circle inside the Circle class, you can create multiple instances of that class to add more circles to your sketch.

To do that, you can use an array that holds Circle instances:

This for loop creates ten instances of the Circle class, each with a random x, y, xSpeed, and ySpeed value.

Then you can loop over the array to move and draw each circle:

The important thing to understand about objects is that each instance is a self-contained unit. Changing one instance, either by modifying its fields directly or by calling its move() function , does not change the other instances. That’s why you can have many circle instances bouncing around the screen, all with their own internal values for their x, y, xSpeed, and ySpeed fields.

Objects can contain other objects!

So far, the Circle class has contained four primitive fields representing its state: x, y, xSpeed, and ySpeed. But nothing prevents you from using other objects inside your class!

For example, here’s the Circle class rewritten to use p5.Vector instances:

This Circle class uses p5.Vector instances to represent its position and its speed. The rest of the sketch (the setup() and draw() functions) can stay the same, because the Circle class encapsulates its own internal representation of a bouncing circle.

The above approach for defining a class and then creating instances of that class follows the latest JavaScript best practices, and it’s what I personally recommend using. But there are a couple other approaches to creating objects that you’ll likely see in other people’s code, so I wanted to at least mention them here.

Another way to create objects in JavaScript is to use an object literal, which is a comma-separated list of property:value pairs inside { } curly brackets. Here’s an example:

It’s also possible to include a function inside an object literal:

This code adds a display() function to the object literal that myCircle points to, and then calls that function from the draw() function.

You’ll often see object literals for objects that only contain a small number of fields. But if your objects contain many fields, or if they contain functions, it’s probably a better idea to use proper classes like you saw above.

Another older approach for defining a class is to use a constructor function. Here’s an example:

In this code, Circle is a constructor function, which was how classes were defined in JavaScript before the 2015 version of JavaScript introduced proper classes.

You should not use constructor functions in new code, but you’ll probably see them in other people’s code, so I wanted to mention them.

Like I mentioned in the using objects tutorial, objects aren’t just a new way of organizing your code, they’re a new way of thinking about your code.

Like many things in coding, there isn’t a single “correct” way to approach object oriented programming. From here on out, a lot of code becomes more subjective than you might expect. It’s less about what’s correct, and more about what makes the most sense to you.

There isn’t a right or wrong answer to any of those questions. That can be frustrating and confusing, but I also find it beautiful in its own way. The code you write is an extension of how your brain organizes the world.

Just don’t forget the this keyword. 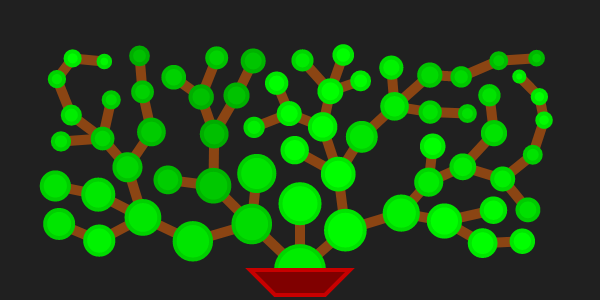 Use recursion to create a digital bonsai tree. 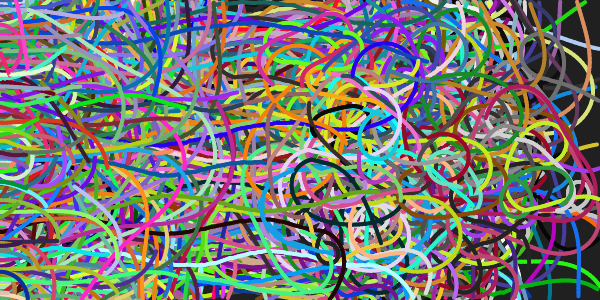 Draw lines that loop around the screen. 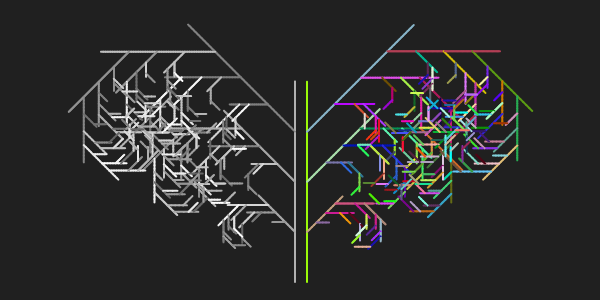 Draw lines that draw other lines. 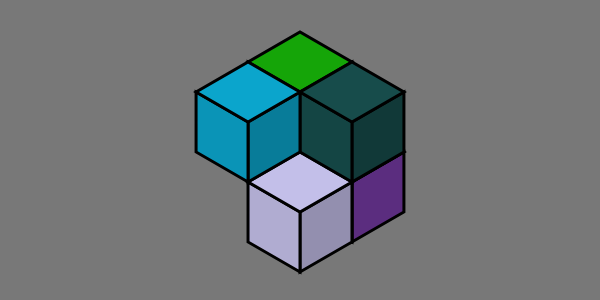 Create an isometric grid of cubes. 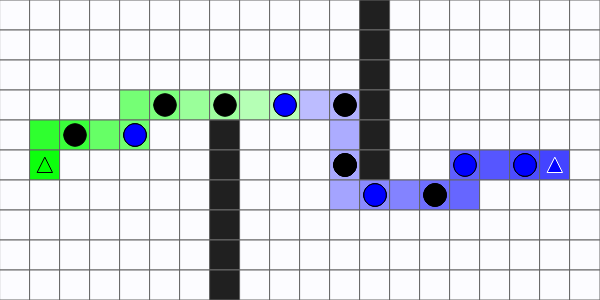 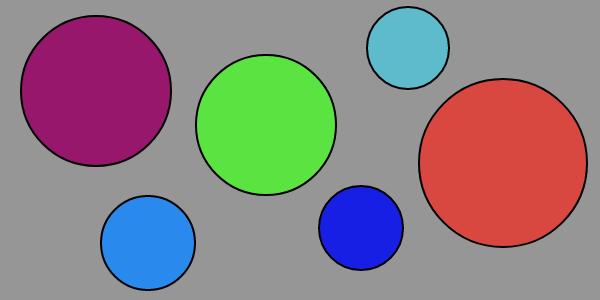 Fill circles with your mouse that pop if they touch. 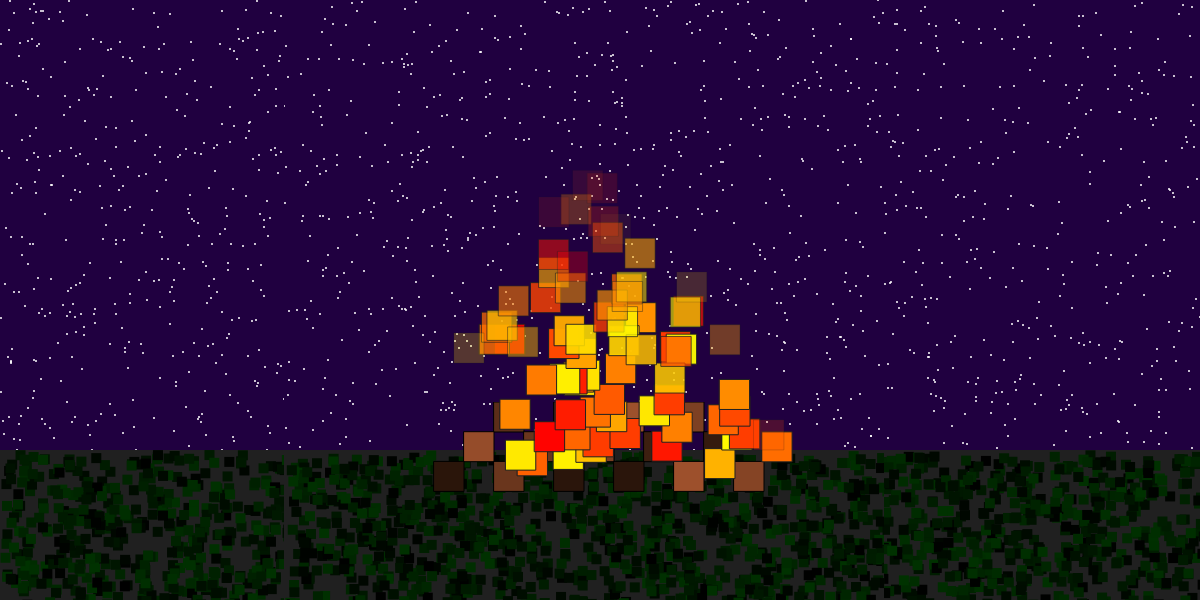 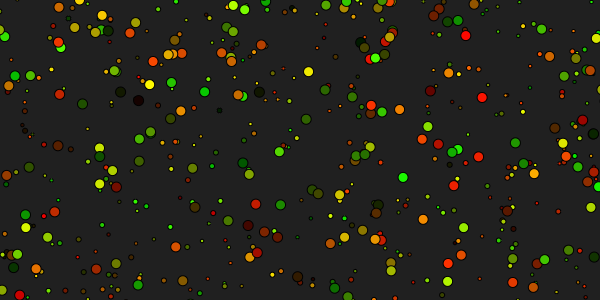 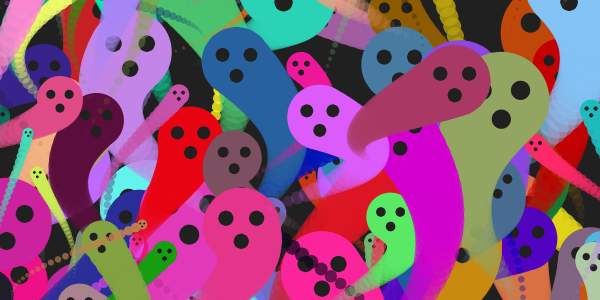 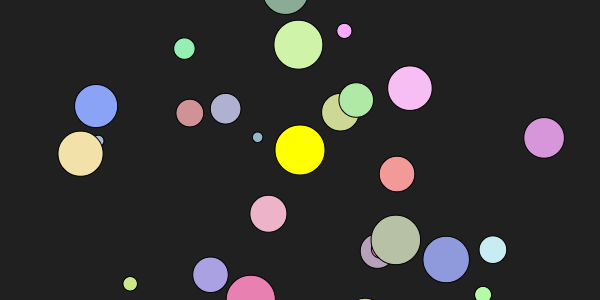 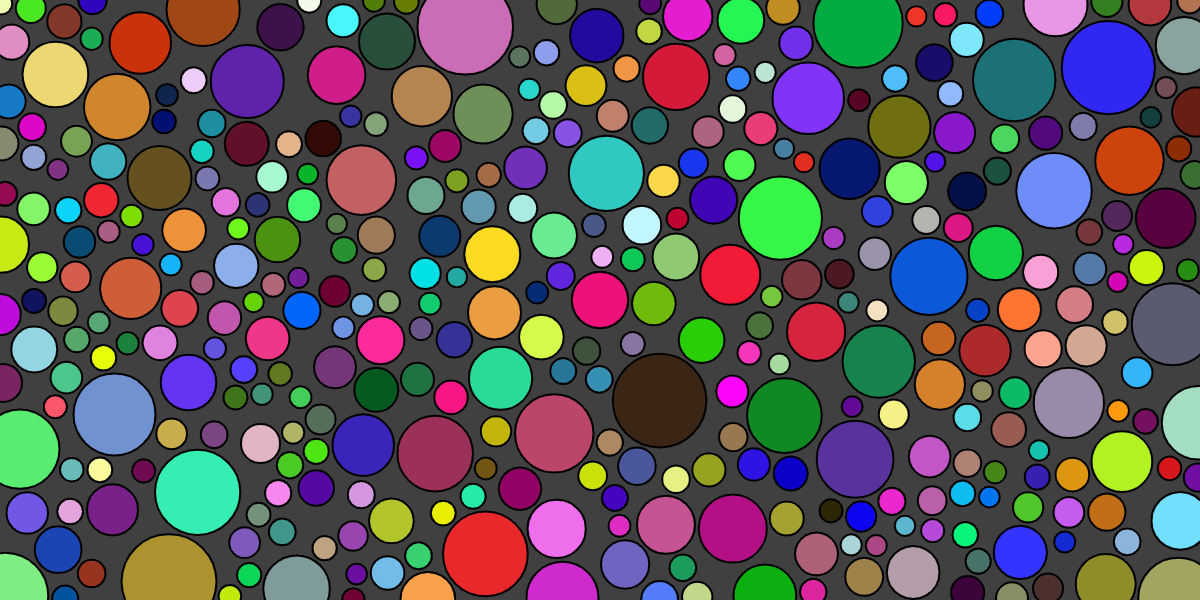 Fill the screen with circles without overlapping.