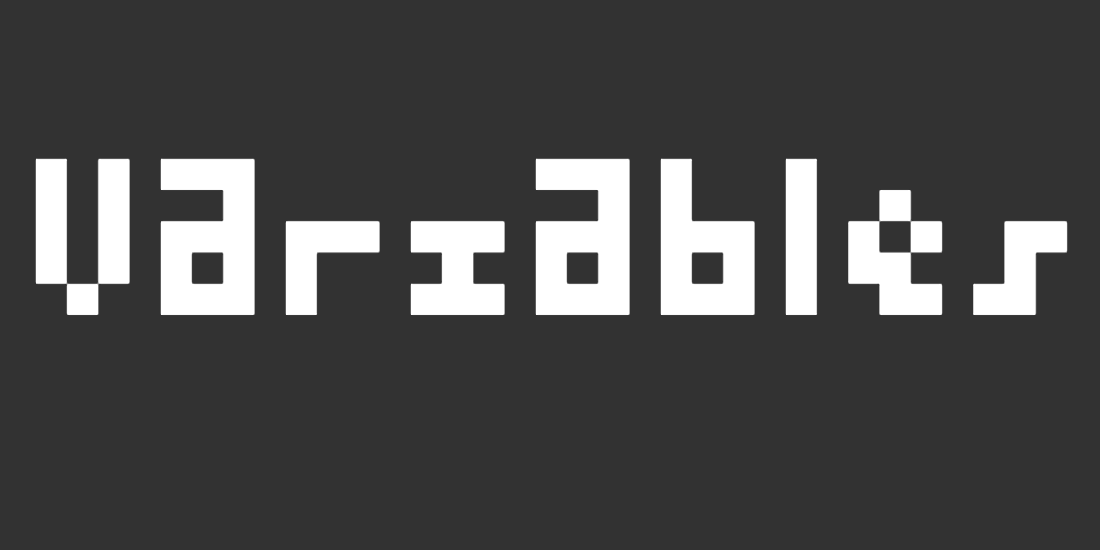 Now you know how to call functions in JavaScript. Here’s an example:

This code calls the document.write() function and passes 'Hello world!' into it as a parameter, which tells the function to write that message to the page.

You can pass parameters directly into a function, but that often gets tedious if you need to use the same value multiple times. Instead, you can use variables to make your life a little easier.

Variables let you store values so you can use them multiple times. So before we talk about variables, let’s talk about values for a second.

You’ve already seen one type of value: strings of characters in ' ' single quotes, which you can pass in as a single value:

In this line of code, 'Hello world!' is a string value that’s being passed as a parameter into the document.write() function.

You can also have numbers, which are, well, numbers:

Notice that the number 42 does not have any ' ' single quotes around it. If it did, it would be a string, not a number! We’ll see why that matters in a second.

Operators are math symbols that you’ve probably already seen, like +, -, *, and /. There are other types of operators in JavaScript, but let’s talk about these mathematical operators first.

You can apply an operator to two values to get a third value, and you can then use that new value just like you can use any other value. That might sound complicated, but it means that you could rewrite the above line of code like this:

This line of code takes two number values: 21 and 2, and multiplies them together to get the value 42. Then it passes the value 42 into the document.write() function as a parameter.

Operators work how you might expect with numbers. But you can also use the + operator with strings!

This line of code takes two strings, 'Hello ' and 'world!', and appends them together to create a third string, 'Hello world!', which it then passes as a parameter into the document.write() function.

Remember how I said you shouldn’t wrap number values in ' ' single quotes?

What do you think this line of code will do?

Try copying this line of code into the above code editor to test it out!

This line of code takes two strings, '42' and '37', and tells JavaScript to append them together. The result is a third string with the value 4237, which is probably not what you wanted! This is why it’s important to only use ' ' single quotes with strings, not with numbers.

What do you expect this line of code to do?

This line of code uses the * multiplication operator on two strings. That shouldn’t work! But if you run the code, you’ll see that it writes 6 to the page.

That’s because JavaScript contains a feature called type coercion, which means that JavaScript will try to guess what type you wanted if something doesn’t make sense. JavaScript’s guesses can be really confusing, so try to avoid it by always using the right type in the first place: use ' ' single quotes for strings, but not for numbers!

Now you know more about values, so let’s get back to talking about variables.

Variables let you create a name that points to a value.

To create a variable, use the let keyword, then give your variable a name, then use the equals operator to set it equal to a value. After you create a variable, you can use its name whenever you want to use the value it points to!

That might not seem very useful yet, but it’s one of the most important building blocks of code. Here are a couple reasons why:

Let’s say you have this code:

This code passes the same value into three different functions. Now let’s say you wanted to change the value to 'Hello your_name!' instead. You’d have to make that change in three different places:

That might not seem like a big deal in this example, but it gets even more annoying when your code is longer.

Instead, you could create a variable that points to the message. Now you can use that variable instead of using the same message three times:

Now if you wanted to change the message to 'Hello your_name, how are you?' then you’d only need to change your code in one place instead of three. The rest of your code can stay the same, which makes your job easier.

So far, you’ve seen a few functions, like console.log(), document.write(), and alert(). All of these functions do something, but there’s another kind of function that returns something.

Think about how you’d do this without a variable. You’d need to ask the user for their name every time you wanted to use it, which would get very annoying for both you and your users!

let vs const vs var

In my examples above, I used the let keyword to create a variable. If you’re new to JavaScript, I recommend always using the let keyword. But there are also a few other ways to do it that you’ll see in other people’s code, so I wanted to mention them here.

The const keyword is similar to let, except after you create a variable, you can’t change it!

This code works fine, and will print 'Goodbye' to the console:

But this code will give you an error:

The const keyword is used as a safeguard to make sure you don’t accidentally change a variable after you create it. You can use it if you want, and it’s often used in “real” code, but for now I’d recommend using let everywhere.

The var keyword is also similar to let. It has some subtle differences, but for now all you need to know is that var is the old way to create a variable. The let and const keywords were introduced in 2015, and nowadays nobody uses var anymore. You might still see it in old example code though!

It’s also technically possible to create a variable without using any keyword:

This works, but it has side effects that will make your life harder when you start defining your own functions. So for now, my advice is to always use let everywhere. When you’re more comfortable with variables, you can start using const when you know you never want a variable to change values. But never use the var keyword or create a variable without any keyword!