When we use the term server, we might mean two different things:

There are other types of servers (both software and hardware), but the setup for those is pretty similar. We’re starting with Jetty because it’s simple, and we’ll work our way up towards the more complicated stuff.

Jetty is bundled as a .zip file, which can be downloaded here.

Download that file, and then unzip it anywhere. I just put mine on my desktop. You can always move it later.

Open a console to your Jetty directory. There should be a start.jar file inside that directory. Run it!

This runs Jetty, which turns your computer into a server. This is very useful for debugging server code before uploading it to a real server!

To prove that Jetty is working, open a web browser and navigate to http://localhost:8080/ which should give you an error that looks like this: 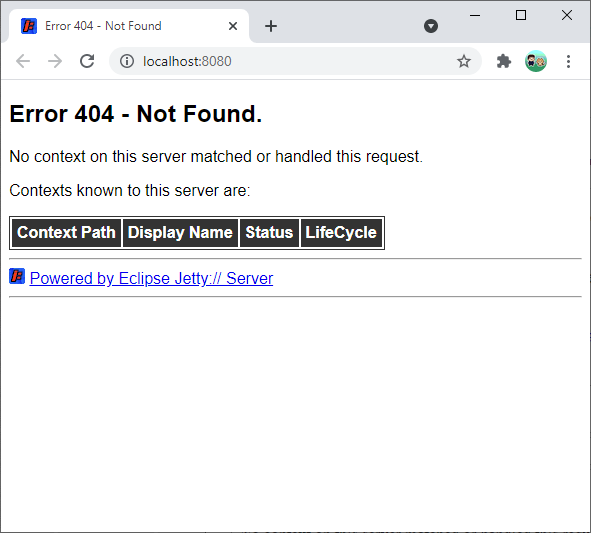 If you’re seeing this, that’s a good thing! It means that Jetty is running, but you haven’t added any web apps to it. Let’s do that now!

For our purposes, you can think of a web app as a website and everything in it. There are different types of web apps, but for now that definition will get us pretty far. A server can run multiple web apps. Now that we have Jetty running, we can add web apps to it!

In your Jetty folder, notice the webapps directory. This is where your web apps will go.

Adding a web app to our server is as simple as adding a folder to the webapps directory. Let’s add a folder named HelloWorld for now. Inside the HelloWorld directory, save this HTML to a file named index.html:

Now open your web browser to http://localhost:8080/HelloWorld/index.html, and you should see this: 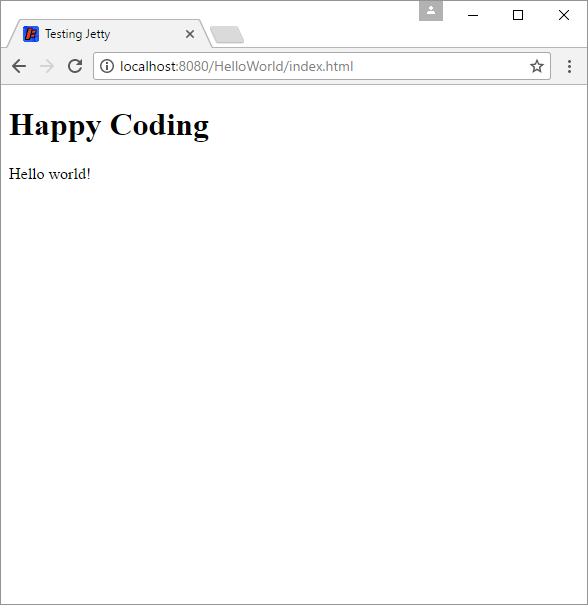 Notice that you didn’t have to restart the Jetty server. It should automatically detect changes to the webapps folder.

Notice that the URL for our web app contains the HelloWorld directory. This is useful if you have multiple web apps running on the same server, but you also might want to create a “top level” web app. To do that, basically all you need to do is create a web app named root.

In your webapps directory, create another folder named root. And in that root folder, save this HTML to another file named index.html:

Now open up your web browser to http://localhost:8080/index.html, and you should see this: 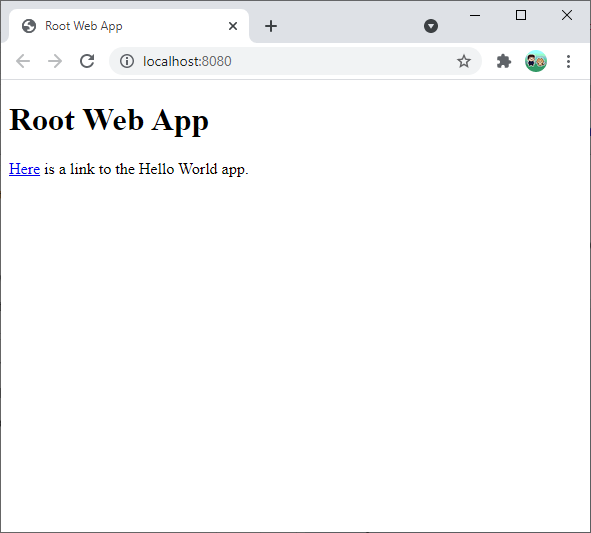 Note that this URL does not contain the root directory.