This page contains visualizations of various songs and albums. I used Minim to get song data, and Processing to turn that data into what you see below. 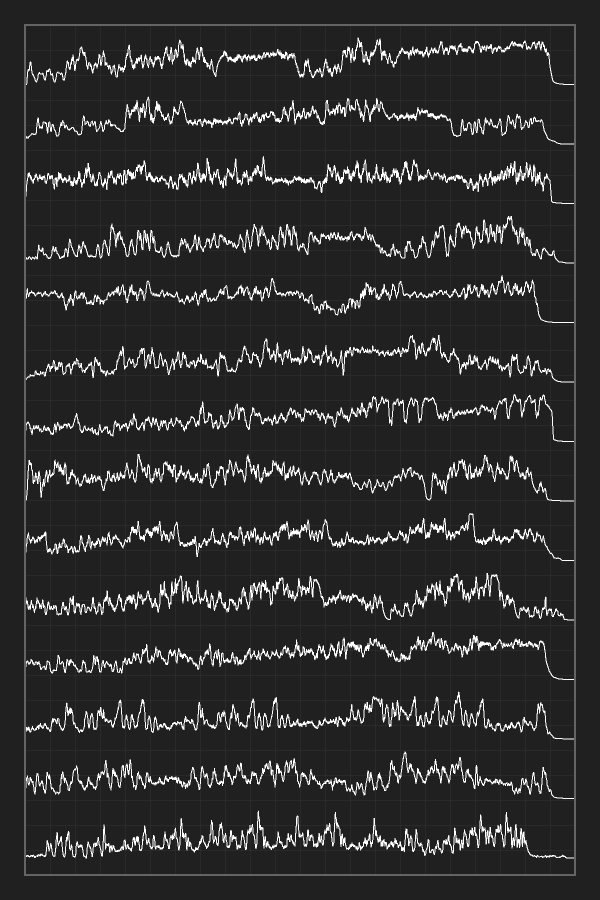 The first time I heard this song was back in 2002-03. I was 16 or 17, living in Pennsylvania, and the local rock station had a show that played “under the radar” music every Sunday night. This song blew my mind, and it’s still one of my favorites.

I’ve been a big Just Jack fan ever since Snowflakes. His music was there in my teens, 20s, and now 30s. This might be a weird thing to say, but I feel like we grew up together. I recently watched a livestream concert featuring his daughter. It was heartwarming to reflect on how far we’ve both come. 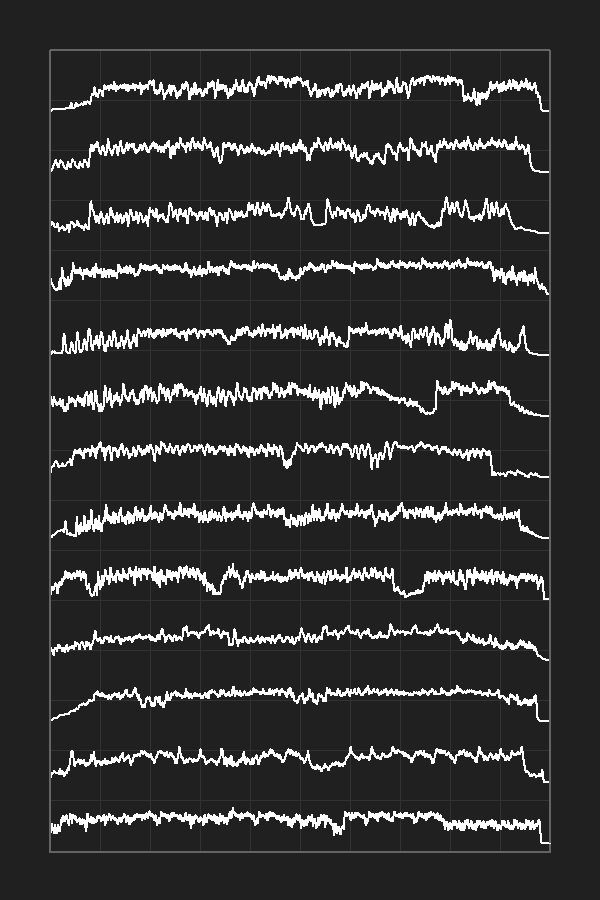 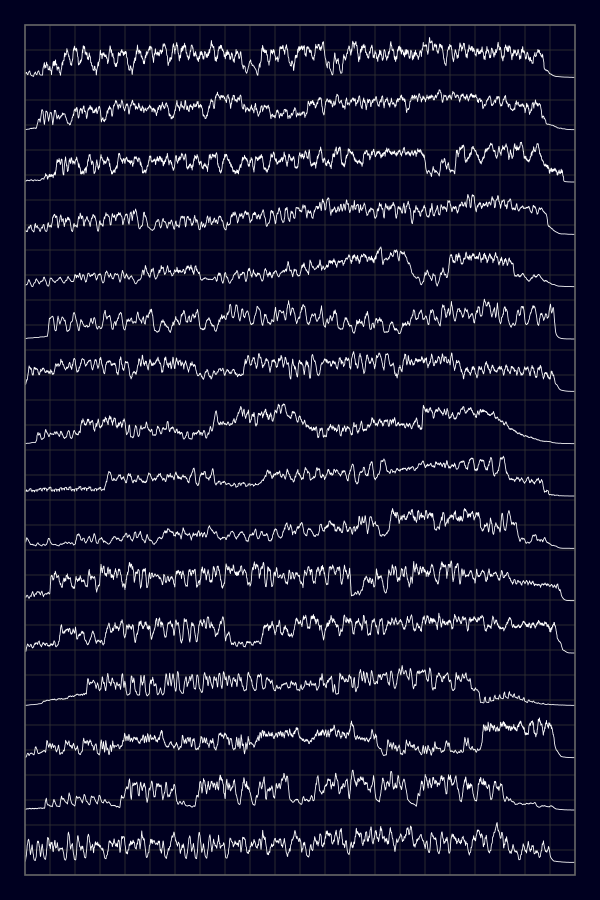 I didn’t know I loved bluegrass music until I heard this song. 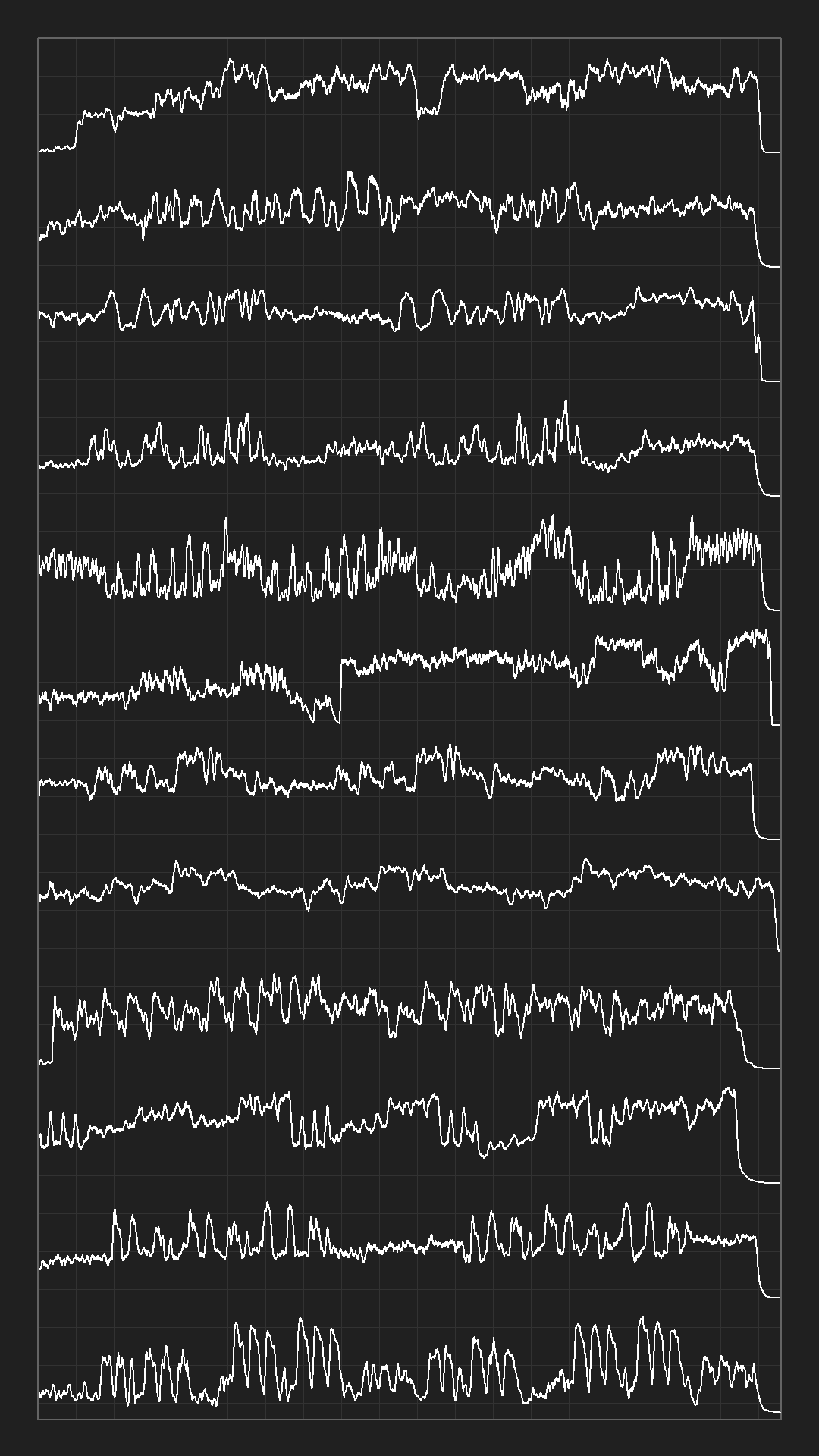